Nashville, situated right in the heart of Tennessee, is a unique blend of old-fashioned southern sophistication, country music, and a constantly growing skyline dominated by countless new skyscrapers as well new industry.

Founded in 1779, Nashville boasts many universities and colleges, and is often referred to as the “Athens of the South." Your first stop around the city that should not be missed is the remarkable reproduction of the Parthenon, located in Centennial Park.

Originally constructed in wood for Tennessee’s 1897 Centennial Exposition, the structure was later rebuilt with cement and quartz as a permanent fixture to Centennial Park. As the most accurate full-scale replica of the Athens Parthenon, it includes reproductions of the Parthenon Marbles that originally adorned the tops of the pediments in the Athenian Parthenon dating back to 438 BC.

Even if you are fortunate enough to have visited the Parthenon in Greece, you wouldn’t have been able to see the marbles atop the columns, as they are housed at the British Museum in London.

In addition to the beautiful walking paths and lawn of the park, inside the Parthenon is a 42-foot high statue of the goddess Athena, embellished in gold leaf, as well as museum exhibits on the floor below.

2. Attend a Concert at the Ryman Auditorium

Famously called "Music City," Nashville is the birthplace of country music. The Ryman Auditorium, revered as “the mother church of country music,” is a huge part of that history.

It was originally built in 1892 as the Union Gospel Tabernacle by Nashville steamboat captain and businessman Thomas Ryman. It started as a house of worship, and became known for its amazing acoustics, later evolving into a venue for highly sought-after traveling acts. In 1943, the Grand Ole Opry settled in and began to broadcast its live radio show and later TV show.

Audiences could listen in on such acts as Elvis Presley, Hank Williams, Minnie Pearl, Patsy Cline, and Johnny Cash. Bluegrass was invented on the Ryman stage, and Johnny Cash met June Carter there for the first time.

Sitting in the original oak wrap-around church pews, you can feel the atmosphere in this intimate, one-of-a-kind venue. The Ryman continues to host all kinds of musical genres and is known as one of the best performance halls in the world. Check out their current show calendar on their site, or take a tour during the day, and don’t miss the Hatch Show Print gallery of concert posters.

Nestled in the midst of the city right across from the state capitol, Bicentennial Mall offers a 0.9 mile walking trail and an 11-acre park. With just a simple walk, visitors can experience many facets of Tennessee’s history including a 200-foot granite map of the state, a World War II Memorial, a 95-Bell Carillon, a Pathway of History and the Rivers of Tennessee Fountains.

Directly adjacent to the Bicentennial Mall is the amazing Nashville Farmer’s Market. The market is a marvelous gathering place for local farmers, restaurateurs, and artisans to showcase fresh produce, fresh flowers, and wonderful cuisine. The facility also includes a greenhouse, micro greens farm, a 24,000 square-foot garden center, a culinary incubation center and an international food hall that includes some two-dozen restaurants and shops. Enjoy international cuisine from Korean bimimbap to Greek gyros to Jamaican jerked chicken, and more traditional options such as sweet or savory crepes, coffee and pastries, and southern grits and barbecue.

Another gem is the brand-new National Museum of African American Music. Located in the recently opened Fifth + Broadway development, it is the only museum of its kind, “dedicated to preserving the legacy and celebrating the accomplishments of more than 50 music genres created, influenced, and inspired by African Americans.”

From spirituals to blues, jazz, hip hop, and R & B, participate in this unique immersive experience to listen and learn about the role African Americans have played in shaping the American soundtrack.

5. Cheer on One of Nashville's Teams

If sports are more your thing, be sure to experience a game at one of Nashville’s many professional sports franchises.

If your stay includes a weekend, the NFL’s Tennessee Titans play at beautiful Nissan Stadium, located just across the river from Spark’s Downtown facility.

For a fun weeknight event, the Nashville Predators play their home ice hockey games at Bridgestone Arena, right on Broadway. The Preds boast one of the best fan atmospheres and loudest crowds in the National Hockey League. According to ESPN 102.5 The Game, the Preds faithful at Bridgestone Arena reached 129.4 dB while cheering after Forsberg’s late game-tying goal, which is a record for loudest NHL arena.

During spring and summer nights, take in a baseball game at The Nashville Sounds fantastic minor league ball park, just north of the city center.

Lastly, pro soccer is taking off in the Music City with the Nashville Soccer Club. Games are currently played at Nissan Stadium while their home stadium is being constructed near Fort Negley, just south of downtown.

Learn more about each franchise below:

Planning Your Next Corporate Retreat in Nashville?

We can help! Let Spark be your all-inclusive meeting space. Contact us today to reserve a room. 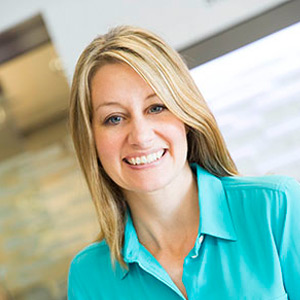 Rachael Donnelly is the associate director of Spark operations in Cool Springs. She earned a Bachelor of Arts from Harding University and a Master’s Degree from the University of Memphis. She has a background in Speech-Language Pathology and education, and brings that organizational experience to Spark. She has a love of serving people and an eye for detail. When she’s not serving Spark's amazing clients, she's enjoying iced coffee with cream out on the back deck with her husband and two sons, or possibly binge watching true crime shows.

The Ultimate Guide to Successful Meetings